The 28 September marks the 14th World Rabies Day. Rabies is one of the oldest known zoonoses and is responsible for killing nearly 60,000 people worldwide each year.

Most parts of Western and Central Europe have successfully eradicated rabies, and thanks to continuous surveillance and import checks, occasional suspected rabies incursions are successfully detected and managed in wildlife, imported animals and travelling pets.

However rabies continues to have major effects on human health, animal health, livelihoods and economies worldwide.

99% of human cases result from dog bites and a multi-discipline approach is required for human rabies eradication. This includes raising awareness of the disease, and the vaccination of people and dogs to reduce the virus reservoir.

In 2015, there was a global call to action, Zero by 30, setting a goal of achieving zero human deaths from dog-mediated rabies worldwide by 2030. 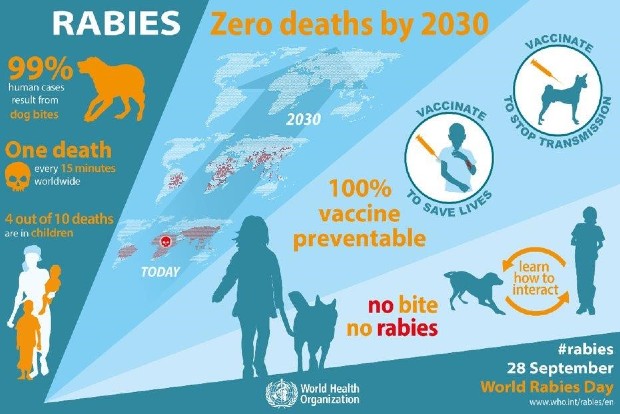 In 2018, the United Against Rabies (UAR) collaboration was formed between the World Health Organisation (WHO); World Organisation for Animal Health (OIE); Food and Agriculture Organization of the United Nations (FAO) and the Global Alliance for Rabies Control (GARC); all joined forces in a combined effort to achieve the Zero by 30 target.

This is another great example of a ‘One Health’ collaboration between international organisations representing the human and animal health sectors.

A link to a recording of the event, the break-out sessions, along with further information about the United Against Rabies forum can be found on the UAR Forum’s website. 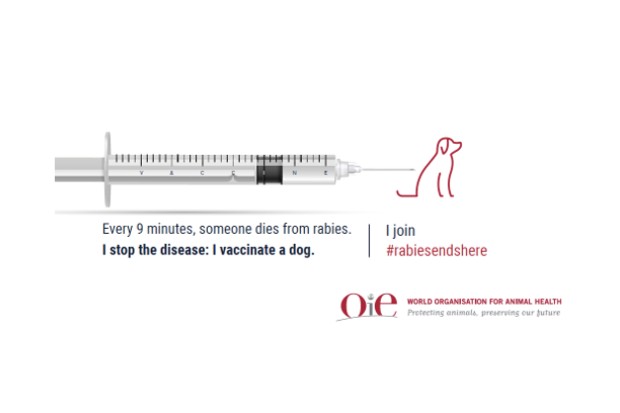 Antimicrobial use in animals in the EU almost halved